The global healthcare blockchain market is fragmented in nature with several regional and global players. The market is led by several big and regional market players such as IBM (US), Microsoft (US), Guardtime (Estonia), PokitDok (US), Hashed Health (US), Gem (US), and Chronicled (US). The companies are mainly focusing on agreements, collaborations, & partnerships and product launches & enhancements to maintain and enhance their presence in the market. 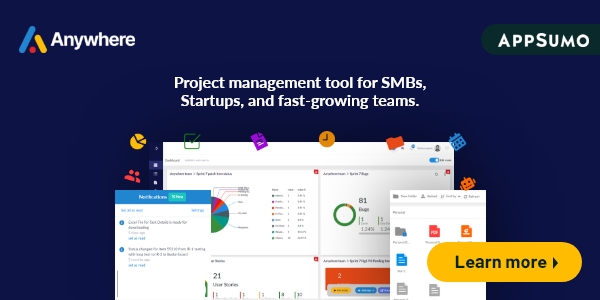 In 2017, IBM dominated the global healthcare blockchain market. The company focuses on strategies such as collaborations and product launches to maintain its market position. The company has its presences in more than 175 countries in North America, Europe, Asia Pacific, Latin America, and the Middle East & Africa. As of December 2017, IBM was working with more than 400 clients to explore and develop blockchain technologies for enterprises. Among them, the collaboration with CDC (US) and USFDA to research on blockchain to address medical data storage security and interoperability strengthened IBM’s position and reputation thereby strengthening its position in the healthcare blockchain market.

Microsoft is another leading player in the healthcare blockchain market. The company officially entered the blockchain market in 2015 and it uses both organic and inorganic growth strategies to strengthen its position in the market. For instance, Ethereum and Microsoft collaborated to launch Ethereum BaaS, which would help customers create and work in private, public, and group-based blockchain environments. The company is trying to create awareness about blockchain technologies and help organizations with its implementation. Microsoft also focuses on support and strategy for reinventing productivity and business processes, structuring analytics platform and services, and creating more opportunities in the blockchain space. For instance, in May 2018, the company launched Azure Blockchain Workbench, which provides developers with rebuilt networks and infrastructure to connect blockchain applications to the cloud.

Guardtime is one of the leading players in the global healthcare blockchain market offering enterprise blockchain-based security in the healthcare industry. The company has a strong presence in developed nations as well as developing nations. The company operates globally with offices in the US, Estonia, the UK, the Netherlands, and Singapore. It is further aiming towards expanding and strengthening its geographic presence. For instance, in 2014, Guardtime expanded its footprint by establishing a subsidiary named Guardtime Federal in the US. To strengthen its position in the blockchain market, the company also focuses on raising funds for research and development. For instance, the company has received nearly USD 8 million in a series of fundraising from venture capital and strategic partners. Its partners include Horizons Ventures (Hong Kong), Ambient Sound Investments (Estonia), FITOne Capital (Japan), and Infocomm Investments (Singapore).

Blockchain technology in the healthcare market is projected to reach USD 829.0 million by 2023 from USD 53.9 million in 2018, at a CAGR of 72.8%. The increasing incidence of healthcare data breaches, growing threat of counterfeit drugs, rising adoption of blockchain as a service (BaaS), and transparency & immutability of the distributed ledger technology are the major factors driving the growth of the market. However, the reluctance to disclose data and the lack of a central entity & common set of standards are expected to restrain the growth of this market to a certain extent.

In this report, the healthcare blockchain market has been segmented on the basis of applications, end user, and region.

Based on end user, the healthcare blockchain market is segmented into pharmaceutical companies, healthcare payers, healthcare providers, and other end users. During the forecast period, healthcare payers segment is expected to grow at the highest rate. The high growth of this segment can be attributed to the increasing need for secure health information exchange between providers and payers, rising insurance fraud, growing medical tourism, and the need to improve operational efficiency in healthcare organizations.

Geographically, the healthcare blockchain market in the Asia Pacific region is expected to register the highest CAGR during the forecast period. Factors such as the improving healthcare infrastructure, increasing adoption of EHR systems and other healthcare IT solutions, growing demand for health information exchange between different stakeholders in the healthcare industry owing to the rising medical tourism in this region, and increasing need to prevent counterfeit drugs from entering the supply chain are driving the growth of this regional segment.

MarketsandMarkets provides quantified B2B research on 30,000 high growth emerging opportunities/threats which will impact 70% to 80% of worldwide companies' revenues. Currently servicing 7500 customers worldwide including 80% of global Fortune 1000 companies as clients. Almost 75,000 top officers across eight industries worldwide approach MarketsandMarkets for their painpoints around revenues decisions. Our 850 fulltime analyst and SMEs at MarketsandMarkets are tracking global high growth markets following the "Growth Engagement Model - GEM". The GEM aims at proactive collaboration with the clients to identify new opportunities, identify most important customers, write "Attack, avoid and defend" strategies, identify sources of incremental revenues for both the company and its competitors. MarketsandMarkets now coming up with 1,500 MicroQuadrants (Positioning top players across leaders, emerging companies, innovators, strategic players) annually in high growth emerging segments. MarketsandMarkets is determined to benefit more than 10,000 companies this year for their revenue planning and help them take their innovations/disruptions early to the market by providing them research ahead of the curve. MarketsandMarkets's flagship competitive intelligence and market research platform, "Knowledgestore" connects over 200,000 markets and entire value chains for deeper understanding of the unmet insights along with market sizing and forecasts of niche markets.

What Treatments Can Support IVF?