Big data is a term that describes massive amounts of structured and unstructured information that inundates a company daily. The data can be used by the receiver to solve various business issues as the big data provides insights that could not be discovered by conventional methods or software. In healthcare, big data references the use of prescriptive, predictive, and descriptive analytics which are employed to reveal deep insights from that collected healthcare data. The three goals of using big data in healthcare include: 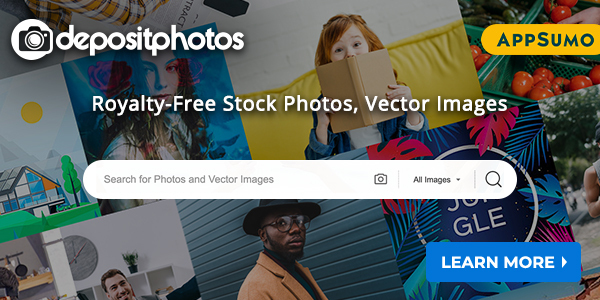 – improving clinical outcomes resulting from the use of patient data

– boosting workforce productivity by leveraging operational data, such as in Flow Healthcare

– improving cash-flow through the use of healthcare financial data

The term “Big Data” was originally coined in 2005 by Roger Mougalas. However, the collection of large amounts of information predates that by a few hundred years. In 1663, John Graunt began analyzing mortality rates in London. He did this by recording the information related to the deaths to raise awareness related to the impact of the bubonic plague. He published his stats and study information in a book titled, “Natural and Political Observations Made Upon the Bills of Mortality.” The publication became highly-regarded and is still considered as the first piece of recorded statistical analysis.

Over the following two centuries, the principles of big data continued to develop. Herman Hollerith invented the first computing system in 1889. It was created to assist with organizing census data. The passage of the Social Security Act in the United States in 1937 included provisions to record and track specific trends of American workers. The first-ever data processing machine – named Colossus, was created by British scientists in 1943. Its job was to decipher World War II Nazi codes. It could process five thousand characters per second which took only a few hours. Humans would have completed the same volume in several weeks.

In 1965, the United States constructed a data center to store tax returns and sets of fingerprints. In 1989, Tim Berners-Lee invented the World Wide Web which enabled data to be shared through a hypertext system. This greatly increased the speed at which data could be collected. The same year that Roger Mougalas coined the term “big data” (2005), Hadoop was founded. The goal of Hadoop was to scour the entire World Wide Web and index all of the information that appeared there. Currently, Hadoop is used by many large companies to sort through their massive amounts of collected data. Big data entered the healthcare industry in the 2000s.

How Big Data Is Used In Healthcare

There are five key areas where big data has impacted the healthcare industry. They include product development, preventative maintenance, improving patient outcomes, improving operational efficiency, and driving innovation. Here is a closer look at each of these factors.

It takes a great deal of money to discover and develop new drugs and other products used in healthcare. By using big data, the time required is greatly reduced and this assists in reducing the cost required. As an example, the product and development phase produces a lot of data but it is not always clear in how that data can be used to move forward in the research being conducted. Big data provides faster results and this assists in creating drugs and healthcare products more precisely. Big data speeds up the process of getting products to the market in a fraction of the time of conventional methods that may take years to complete.

Big data provides massive storage of huge amounts of information. This has proven to be valuable in helping to track when certain assets require upgrades or maintenance. They include every piece of medical equipment in a given facility, the health tech devices used there, and the digital assets utilized. These would include such things as websites and apps. With data security becoming an important component of any business or facility that uses new technology, big data provides the means to keep all of this inventory in order. Conventional methods would not only be impractical, but costly to maintain and update when required.

Doctors and other medical professionals are greatly assisted by big data. It improves patient outcomes by providing these professionals with the information they require to make better diagnoses and treatments. The speed with which big data analyzes information can give doctors answers on diseases and conditions that may otherwise appear to be incurable as the research on them is ongoing. Rather than waiting years for positive developments, artificial intelligence within big data can simulate situations and test various solutions to discover cures or better treatment options. This is only possible with big data as the driving force.

Workforce data collection assists hospitals and other healthcare organizations in improving employee output. This is accomplished by managers or department heads redesigning workflows in their area to make better use of what they have to work with. By redirecting resources to where they are most needed, based on the information collected by big data, managers can make the workflow more efficient. This increases productivity and can also have a positive impact on morale, attitude, and more.

The most popular use of big data is in driving innovation. Advancements in medicine would not happen without innovation and big data fits that role perfectly. In addition to speeding the time required to develop new drugs and medical devices and improving the quality of care, big data reduces the overall cost of healthcare. Research has indicated that big data can save Americans between $300 and $450 billion annually. This is accomplished through efficiency in correcting problems that are identified from the data and creating new and innovative solutions to remedy them.

This article has been sponsored by Digital Authority Partners